Contact Us
Learn more about TraceLink's serialization and compliance solutions for the pharmaceutical industry. 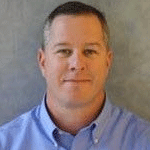